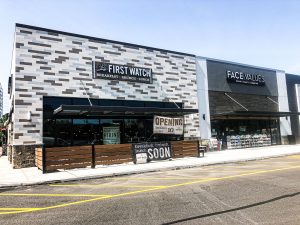 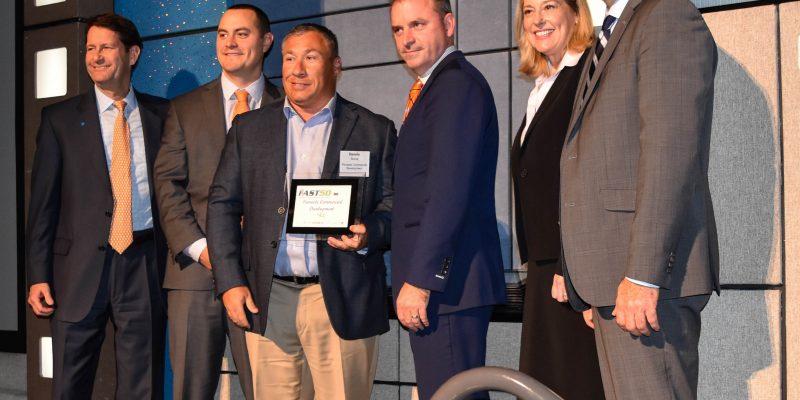 Pinnacle Commercial Development has been named to the prestigious “NJBiz’s Fast 50, Fifty Fastest Growing Companies in New Jersey.” This is the second year in a row that the company was recognized and officially received the designation at an awards ceremony at The Palace, in Somerset, NJ. Employees were on hand to celebrate and  Dennis Rome, principal of Pinnacle Commercial Development was on hand to receive the award amidst the event’s sponsors.

“It is an honor to be recognized for the second consecutive year by NJBiz and its sponsors. We are honored to receive this recognition and use it to spur our growth in the future,” he said.

The company has also been selected as a finalist for NJBiz’s for “Outstanding Company.” The winners will be announced at a ceremony on December 3, 2018. 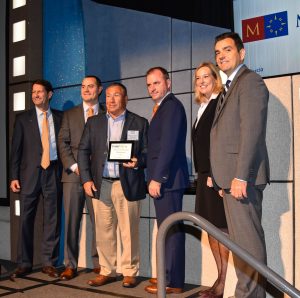 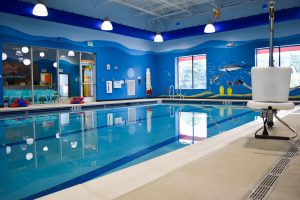 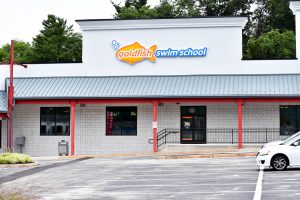 Dennis Rome, VP Pinnacle Commercial Development was featured in an article in Sparefoot online magazine for the week of October 25th  2016. Sparefoot is considered the premiere online source for the self-storage market.

In the article, written by Jay Fitzgerald entitled, ” As Prices Rise, Storage Construction Poised for a Record Year,” Rome discussed the increase in the price of commodities, like concrete and especially steel, which has increased over 30 percent in the last year, and its impact on the sector.

Pinnacle Commercial Development held its annual Team Building Event on October 10, 2016. The event, which included the entire office staff, began with surprise teasers from the principles of the company.

As the time approached, the staff was provided with addresses, but no further hints as to what the day would entail.

Five teams occupied the entertainment venue’s rooms and were given one hour to escape. By using their wits, skills and a little humor, the teams gradually emerged from their prospective rooms.

Pinnacle Vice President, Dennis Rome, provided a choice of gift cards for the winners. All other participants received gift cards as well.

Mike Kogan, President of Pinnacle Commercial Development, was honored at the 12th Annual March of Dimes Joe Namath Celebrity Golf Classic on September 21, in Westbury, NY. Kogan, who is Vice Chairman of the event, has been a stakeholder for the last 11 years and was honored with the “Tommy Wilson Gift of Giving Award” at the event’s dinner which hosted over 100 celebrities and sport figures and invited golfers.

The Joe Namath Celebrity Golf Classic is held every year in Westbury, NY and raises over $1.2 million for the March of Dimes. Sport figures and media celebrities participate in the event at their own cost, in an effort to raise money and awareness for the charity.

Dennis Rome, Vice President of Pinnacle as well as Brad Liggett, Sr. Project Manager, represented the company on the links as well.

Metro Self Storage, a four-story self storage facility located on Knapp St. in the Sheepshead Bay section of Brooklyn, NY and constructed by Pinnacle Commercial Development, was highlighted in The Self Storage Association’s Globe Magazine, August issue.  This Metro Storage was a ground-up construction and has 1,357 climate-controlled storage units, representing over 80,000 rentable square feet as well as drive-up entrances, four interior loading bays and high end security.